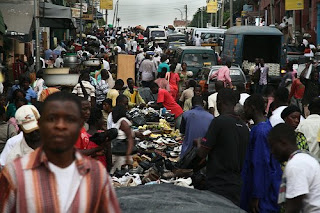 This morning I walked to 14th and Irving to catch the new Circulator that only makes two stops (U and P Streets) before dropping you at K Street - cutting my normal bus commute in half. The bus, unfortunately, swung around the corner of Irving and headed south on 14th as I was about 200 feet from the stop. "Oh well. I'll take the Metro," I thought.

I swiped my SmarTrip, bounded down the stairs and stopped on the platform to peer up at the train schedule. Except that there was no train schedule. Metro wasn't listing the times for the next oncoming trains. Ugh. Now I have NO idea when the next train is coming.

I had already had a packed morning. I got up around 6am, drove to the Takoma pool for a healthy swim. Made it back to my ZipCar slot with 4 minutes to spare only to find a garbage truck blocking my space. "Shit. Now ZipCar is going to charge me $50 if I'm late!" I panicked.

The garbage truck pulled out just in time for me to park the car. Phew!

I rushed through the front door of our home, folded laundry, took a shower, checked email and wrote several of my colleagues about a few urgent things....thus, I was running a bit late.

But then I stopped and caught myself in the midst of this rush, rush, rush.

There was no schedule in Odibo. Sure, we had a time table of classes at school. Did they take place on time? Rarely. Did it drive me crazy? Yes. Absolutely.

We had school assemblies that lasted two hours and cut out 2-3 classes at a time because the Principal was lecturing the student body about one thing or the other. Kids missed critical class time. I railed against the tardy assemblies and my complaints fell on deaf ears. Time just isn't valued or thought of in exactly the same way as it is here.

When I went into town to buy groceries people cut in line and I found myself three feet back from where I began. No matter how much it would be have been acceptable for me to do the same to others, I just couldn't. I believe in order. I believe in lines. I should have given up and given in.

If it was pay day, forget getting your check cashed. Every other employed person in the area was lined up at the bank. Those days really tested my patience. I didn't have a shot in hell of making it to the front of the line. Standing in the hot, 100 degree heat parched, pissy, I dreamed of American efficiency.

The problem is that the same American efficiency that I missed then, I sometimes find to be our collective downfall now.

My point? Large swaths of the world live with those sorts of delays, mishaps, failures of infrastructure and efficiencies on a daily basis. Our lives in the U.S. largely run according to plan. Our trains, cars, elevators, microwaves and electricity work. And when they fail us, we are quick to fix them.

Imagine if it took Metro two weeks to fix a problem with the red line, causing major delays in both directions during that period? How would we react to such news?

Imagine that the pipes that brought water into your village stopped working for two weeks and there was only one tap that provided a slow drip to 500 people. What would we do?

So, yes, I'm indirectly lecturing. We, including myself, need to remember that life cannot always go according to plan. You can prepare as much as possible, but shit really does happen. How you handle the bumps along the way, the long waits, the silences and the reality you, or I, didn't want says a lot about us as a people.

I'm pledging to work on my attitude in this respect. It won't be easy, but it may, in the long run, put me at greater ease when things don't go according to plan.