What Dublin did for me 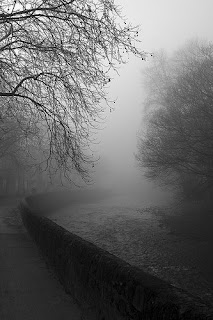 I grew up a suburbs kid.

When I drove out to Falls Church, VA, as I did this weekend, and I saw the expansive highway, the congestion, the big houses with great backyards filled with neighborhood kids playing, I thought to myself, "This, I know." How interesting that my life has turned out so differently than it began...How did this happen?

Until my freshman year of college, cities held little to no allure to me. In fact, they didn't cross my mind. A life without a car, a life where you walk a few blocks to buy groceries or pick up your kid from daycare - these were not elements of my life nor my parents'.

I got a call from my parents during the fall of my first semester of college letting me know that they'd finally sold our house in Jonesboro, GA, a suburb of Atlanta. When I came home for fall break, I'd be living in the city - Virginia Highlands to be exact. Having moved a lot as a kid, I tended not to get attached to houses so I didn't feel any particular loss. I was excited, if anything, to simply be closer to my year-round swim club, SwimAtlanta, which was located at Goergia Tech's aquatic facility downtown.

The first summer that I spent in Atlanta opened up a whole new world to me. Affordable, neighborhood joints like Doc Chey's and Alon's Bakery became weekly staples. I spent hours with friends at Piedmont Park biking, rollerblading, watching movies at the city's "Screen on the Green." Access to so many choices made life so much more exciting than anything I had previously known. Living in Atlanta wet my taste buds and left me wanting more.

In 2002 I spent the fall semester of college studying in Dublin, Ireland. I lived in a rowhouse with three other American women in a swanky part of City Centre. I hold Dublin so near and dear to my heart because this was the place where I really began to understand who I was, who I wanted to be and where I wanted to go in life after school.

Life looked, felt and smelled so differently as I walked, and walked, and walked, and walked around Dublin and back each day. I came across hole-in-the-wall pubs, a local soup store about as large as a closet, the city 'crazies' asking for a bit of change, or simply a pint :) Elements of life in Ireland's capital that I never would have captured from the seat of a car.

I learned to cook for myself. I discovered a personal love of fashion. New music and magazines made their way into my pocket. I spent hours reading books in a cafe, sipping a cappuccino and munching on the most glorious raspberry scone of my life...all by myself. I didn't feel lonely, I felt more alive than ever before.

When I left my place at night to head out to the pub I felt, for the first time, a sense that 'anything was possible.'

I continue to live in a city for all of the obvious reasons - ease of life (everything's close to me), public transport, the ability to walk with great abandon....but I do it because no matter how old I am, I witness something that startles me every day, something that takes me by surprise or something that reminds me of the fortunate life I had growing up, but shines a light on why I made the change and how happy I am with it.