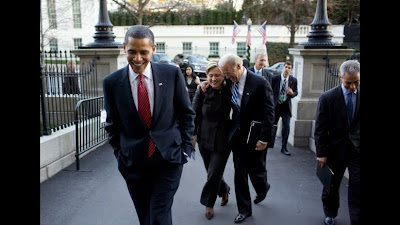 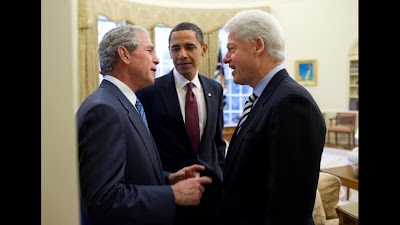 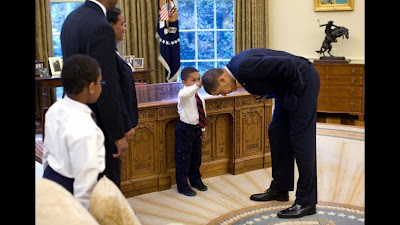 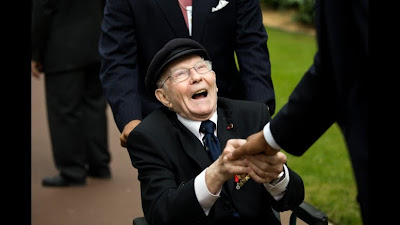 Of the many photographs that the White House released to summarize Obama's first year in office, these were my favorites.
Biden congratulates Hillary Clinton on the news that Chelsea got engaged...Bush asks Bill Clinton to clarify what he just told the press about his involvement in Haiti...a little boy asks the president if he can feel his head to see if it feels the same as his....a French war veteran waits to meet Obama following his speech in Normandy.
(via WhiteHouse.gov)
Posted by Erin at 12:31 PM