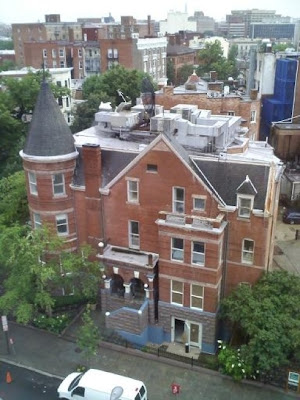 Who watches this show anymore? I mean, seriously. If anything makes me feel old and dated it's MTV's The Real World. And true to form, as much as I love this city, we're often the last to the party when it comes to what's cool with respect to entertainment. 17 years later, we've finally been "blessed" with our own version of what obnoxious, celebrity-hungry 'real people' are like in our nation's capital.
Just look at their pad! I'm sure a lovely nonprofit would have appreciated that building space, but hey, who needs do-gooders when you've got soul-sucking television?
Where do you think the newest residents of 20th St NW might spend their time? I'm collecting bets.
(Via Wonkette)
Posted by Erin at 5:36 PM