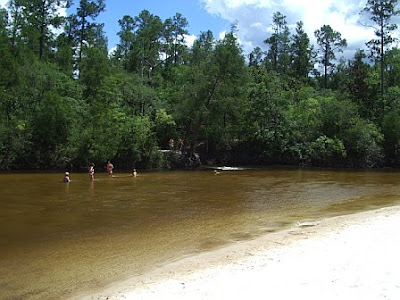 With such a momentous life change around the corner, I've taken to not sleeping and staying up, thinking.....and analyzing....and worrying....and relishing memories - all at once.
At the suggestion of one of my oldest friends, I've started re-reading old emails from the past few years. It's amazing to not recognize yourself in your own writing and just as quickly realize that certain things have remained the same.
I want to share something I wrote to a friend while in Odibo, Namibia in 2007. I don't want to forget these words and what I was going through at that time, what I learned about myself and another culture and as grandiose as it sounds (and I don't mean it to be) what matters.
"I guess I could say I'm finding myself more at peace here and than not, all at the same time. Culture shock seems to come and go with a frequency so random and at such peaks I don't think I could accurately plot it on a graph. There are moments when I think I've figured things out here, how people tick, and so forth and then - poof - I have to throw it all out the window. That is why I came here - to immerse myself in another culture very different from my own - but it's harder (as I should have guessed) than I would have imagined.
I'm constantly finding myself asking the question "Is this worth fighting for?" or "Maybe my way isn't the right way, even though I feel sure that it is because I'm in Namibia, not America." These questions are always with me and I find myself thankfully challenged by them but of course, at other times, just completely exhausted from the prospect of it all.
I love my grade 8 learners (they call them learners here instead of students and they say grade 8 instead of 8th grade), of which there are 22, about half and half gender-wise. A few of them have amazing potential. One of them just asked me last period where Kofi Annan was from since he assumed he was American. When I told him that Annan is Ghanaian his whole face lit up. He couldn't believe an African could have had such a powerful position as Annan did as Secretary-General of the UN. That was fantastic.
I teach grade 8 geography and computers. Right now we're discussing water in the atmosphere and they love it. They were supposed to keep a diary of when and why they use water throughout each day for two days because I'm trying to incorporate as much awareness about the environment as I can in this class. Littering is such a problem here and I want to do all that I can, even if in small ways, to get them to understand why it's bad. One year won't be enough to do that, but it's at least a start.
I had a teacher ask me the other day what a dinosaur was. After I explained what they are he wanted to know if they still live in America. I was just dumbstruck.
As I was walking to the staffroom on Tuesday afternoon I passed a kid with a huge blade in his hand. My roommate and I were not able to get him to give us the blade, but were able to turn him over to our vice-principal. The kid had already been suspended earlier in the day for sleeping in the hostel during classes and was still on school grounds. The situation was scary and unnerving. I was angry at the kid and angry at the school for their lack of follow through on discipline issues in general, but have done what I can henceforth to express my opinions on the matter with the Principal and to the teachers in our staff meeting Wednesday morning.
I feel disconnected from home, in general - what's going on in the world, even friends and family to a degree - but at other times, I feel the same closeness that I did when I was home, but almost more at peace with each of my friends and my family. The absence of being able to talk to anyone regularly almost makes me appreciate the little time I do have to connect with you even more."
Posted by Erin at 9:47 AM