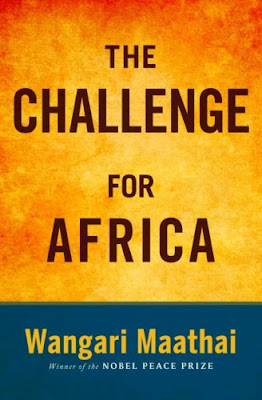 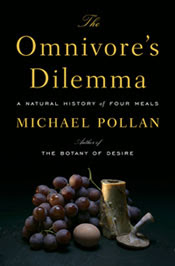 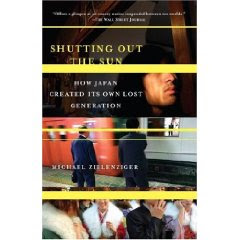 One of my strange "rules" in life is to only buy one book at a time. I've found that any time I buy more than one, I never end up focusing and finishing any of those I've purchased. The most efficient way for me to reach the end of a novel or non-fiction piece is to start with one and only one.
Well, I threw out that rule yesterday. I've got a nearly three week honeymoon coming up. It's been awhile since I've read a book cover to cover and I feel in great need of something enlightening, something smart to push my brain waves to a higher octave. (weird analogy, I know)
So I left Barnes & Noble with:
Shutting Out The Sun: How Japan Created It's Own Lost Generation, Michael Zielenziger
The Omnivore's Dilemma, Michael Pollan
The Challenge for Africa, Wangari Mathai
I've started with Shutting Out The Sun and have already found myself highly disturbed by several of the disturbing social trends in Japan that Zielenziger describes, particularly hikikimori - young men who shut themselves in their rooms and withdraw from society. More on that later.
On a positive note, I'm excited to read all three - something I haven't felt towards books in quite some time.
Posted by Erin at 8:55 AM