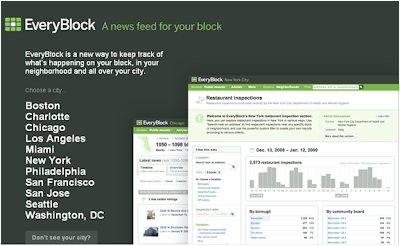 Last night I left work around 6:15pm and headed out with the intention of catching the bus. I had to swing by my old apartment on 16th Street to pick up some mail. Traffic was abyssmal. Cars were blocking most of the main intersections downtown and nothing was moving. Turns out that the President's motorcade left the White House at this time, and like they always do, DC police had to stop traffic to ensure that he had the open road.
Giving up on the bus, I walked from downtown to my apartment, picked up my mail and headed back out into the wet weather. There were no buses to be found. I only had another mile walk to go before reaching home so I decided to hoof it.
At 16th and Newton St NW, I made a right. No more than ten steps later I felt someone walking awfully close behind me. Peering over my right shoulder I could identify that it was a man and he was indeed quite close to me.
Now, the reality is that I, as many of you may be as well, am hyper-aware of my surroundings when walking around the city, particularly at night, by myself. I've felt pursued before and I've been wrong.
Not wanting to assume the worst, but be proactive, I hugged the left side of the sidewalk - the side of my body that my purse was on - and picked up my pace. Unfortunately, so did he.
I felt an overwhelming and convincing sense that something bad was going to happen to me at any moment. I could feel him right on my heels. Running, at that time, seemed like a terrible idea, as if it could potentially turn the situation into something truly awful.
As soon as I reached the gate in front of our rowhouse, he grabbed my purse off my shoulder. I turned and screamed, "WHAT ARE YOU DOING?!?!?!" and tugged back at my bag. He pulled back and I let go. He oddly looked petrified and unsure of his next move.
And then, as if he snapped back to reality, he took off heading eastbound on Newton Street as the rain began to unleash like a waterfall.
Standing there soaked to the bone, I watched him run halfway down the street before I felt an incredible surge of anger come over me.
I took off after him.
As soon as he reached the end of Newton, I shouted, "STOP THAT MAN!!"
I rounded the corner and crossed onto Monroe, heading westbound and there he was again, stopped, rumaging through my bag!! As soon as he saw me, he took off down the street.
I called the cops and they arrived within minutes. We drove around Mt. Pleasant on the rare chance that we might spot the guy. (Of course, we didn't)
I was lucky. Very, very lucky.
If you check out EveryBlock Washington, DC, and my zip code alone, you'll see many, many cases of robbery with a weapon. If the guy who took my purse had a weapon, he never brandished it and he never attempted to assault me.
He got a nice leather bag, a pair of Ray-Bans and my credit cards. My iPhone, house keys and SmarTrip were in the pocket of my trench coat.
An assortment of awful things could have happened to me that I feel relieved, in a strange way, and blessed. The least of my worries was cancelling my credit cards and mourning over the loss of a few possessions. It could have been a lot worse.
That being said, I took away a big lesson from last night.
Trust your gut.
If you feel like you're being followed, protect yourself as best you can - run, cross the street, head into a neighbor's yard.
If you feel unsafe, get in a cab immediately.
You are your own best protector.
Posted by Erin at 5:03 PM